Should You Turn Off Digital Advertising During Economic Uncertainty? 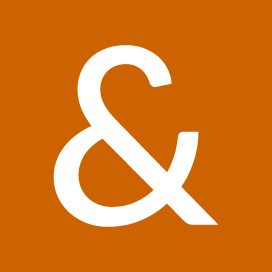 When the economy takes a turn for the worse, it seems like everything is tanking. Less money is coming into your business, and everyone is rightfully concerned. Companies go into survival mode and immediately start thinking about how to cut costs and hold on to revenue. Immediately, advertising costs are on the chopping block. It seems logical to turn off your Google Ads during a recession because it’s an easy lever to pull that will immediately cut down costs.

Maybe your revenue won’t take a big hit! Maybe it’s the right move. But more than likely, turning off your digital advertising will only negatively impact your business, despite your instinct to pull the plug.

Your Competitors Will Probably Turn Off Digital Ads During a Recession

Let’s face it—most businesses, especially smaller ones, will probably turn off digital advertising during a recession. After all, they’re having the same thoughts and anxieties we mentioned at the beginning of this article. Guess what that leaves?

Even if people aren’t ready to convert on the spot, guess whose name they’ll remember when they are?

We recommend taking advantage of the cheaper ad costs. With fewer advertisers in the mix, the cost-per-click (CPC) will be far lower than usual. It’s a great opportunity to actually reduce your cost-per-acquisition and further your overall brand awareness.

Digital Ads Will Still Make Money During a Recession

In 2008 and 2009 during the last recession this country experienced, Google Ads still made money. While their profits didn’t grow exponentially, they left the recession in a good place. Why? Because people will always use Google and therefore Google Ads, and people will always need to advertise online. Google also dominated during the pandemic as users flooded the internet during the stay-at-home orders. You can see a similar pattern in Facebook Advertising.

Sheryl Sandberg, Facebook’s longest serving chief operating officer, stated in July 2022, “Despite the current challenges, I’m very confident for the long term,” Sandberg said. “We’re facing a cyclical downturn, but over the long run the digital ad market will continue to grow. Advertisers will go where they get the highest return on investment and ability to drive their business.”

Digital ads, whether on Google, Facebook, Bing, or elsewhere, is a consistently growing business and isn’t going anywhere any time soon. As far as anyone can tell, people will always use Google to find the products and services they need.

The average length of a recession is 17.5 months. While it may be a miserable 17 months, it will come to an end. Following a recession, the economy and markets return to normal at minimum, and often turn into a period of huge growth and opportunity. If you keep running your Google Ads during a recession, you’re bound to collect qualified leads to follow up on when the economy improves. You want to be there when that happens— with an already established, well-oiled digital advertising campaign that keeps you at the forefront of your audience’s mind when they’re ready to buy.

Acquisition Channels Are Directly Connected to Your Conversion Channels

It seems so simple to turn off the channels that aren’t directly connected to your revenue. Why keep spending money on the channel that doesn’t immediately convert? But if you turn off your acquisition channels, your conversion channels will suffer later. In most circumstances, your path to conversion isn’t as simple as 1-click to purchase. Your marketing funnel more than likely involves multiple touchpoints, and your acquisition channels shouldn’t be undervalued just because you can’t see the immediate purchase.

Advanced digital marketing experts are always watching what is referred to as assisted conversions. These are ways marketing channels contribute to a sale on other channels. A simple example is when someone clicks on an ad, browses and leaves, then later goes directly to the website and converts. “Direct” (traffic that goes straight to the website’s URL) may get the credit in your analytics platform, but it may not have happened without those ads. Turning off your ads may hurt your other channels because of assisted conversions.

What to Do With Your Google Ads During a Recession

While we don’t recommend immediately pausing your ad campaigns as the quick fix to save money, it is a good time to evaluate your spending and campaign types. Keep your pay-per-click (PPC) running, but be more efficient and mindful about what you’re spending.

You also need to be thinking long-term. In a recession, it may be tempting to start running ads for the first time in hopes that it becomes a quick revenue fix. This rushed approach often leads to dashed hopes and inflated expectations. Many campaigns take months to get into an optimized groove, so most of the time those won’t turn a profit quickly.

If you aren’t sure whether to stop, start, or adjust your Google Ads during a recession, we have good news! To help businesses during this time, we are offering a complimentary digital ads audit to help you make the most of your marketing money right now. Spaces are limited, so grab your spot today.

Marketing Director Sydney Thomas helps clients create, implement, and optimize campaigns in their Google Ads and Microsoft Advertising accounts. While ensuring that clients are getting the most out of their pay-per-click accounts, she also supports creating websites to improve SEO and supports paid social network advertising on Facebook and LinkedIn.

&Marketing provides the robust outsourced marketing department growing companies need without the high overhead costs of big agencies or full-time employees. Our variable model empowers businesses to reach their growth goals through access to the guidance and expertise of senior level strategists and a flexible execution team.

Are you facing challenges of your own in generating leads and meeting your business’ growth goals?

We’d love to learn more about your challenges and how a coordinated marketing approach might help take your organization to the next level.

What is a Fractional CMO?

Brand Storytelling: Winning Business by Making Your Customer the Hero

These days, you can find any information you could want online. Thanks to Google, instant gratification has become a daily feature in our lives. What has become more rare, however, is human connection. That’s why connecting with consumers more deeply as human beings...
Read More

Your content marketing strategy is vital to your organization’s overall success, so getting buy-in from stakeholders outside the marketing department is crucial to keep everyone aligned toward business goals. When everyone puts their heads together to provide input...
Read More

All of the marketing trends with none of the industry jargon.

Sign up for our newsletter to stay updated on best practices, actionable tips, and virtual events so you can grow your business like a marketing pro.